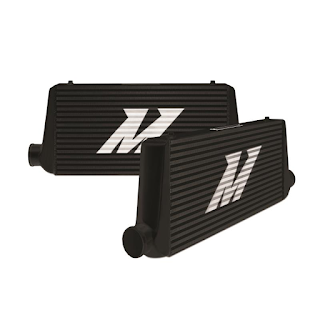 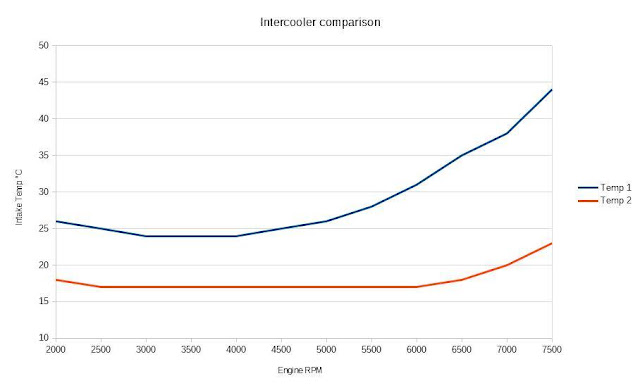 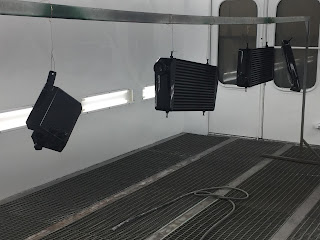 Intercoolers - Not all are equal

Hi and welcome back!

Referencing back to the last upgrades that were done on the car (Garrett 3076 gen II) I had a problem with intake temperatures rising. This was obviously affecting the map and meant I wasn't running as efficiently as I could be. My tuners suggested the car be upgraded with a larger 4" core intercooler. This left me confused as I already had one, A Mishimoto Type R no less.
Before I could grab my wallet and order up something expensive my tuner suggested that he has had good results with an unbranded intercooler from China. Now, this did put me off a little but it was quite reasonably priced and would be a straight'ish swap.

I decided to also have the intercooler painted black, not because I think for one moment that it helps efficiency but more because it is aesthetically pleasing on the front of a black car.

Although I do not have the data logs yet (the tuner shall post them up later), the results were actually quite surprising. Approaching peak power intake temps of the Mishimoto was around 43 degrees centigrade. Compare this to the unbranded one which only went as high as 25 degrees. This is some difference not only releasing the potential of the car more freely but will be a bonus on particularly hot days (we do have them in the UK) when the car would be forced to hold itself back.


I obviously can't say that I am an expert in these things although in this case it certainly looks as though the Mishimoto is not all it claims to be. Physically the intercoolers may be the same dimensions although the unbranded one appears to have more bar and fin construction. Hence greater cooling. Apart from being able to say, Mishimoto = No! I would advise caution when buying and dearer is not always better!

As for the outcome? 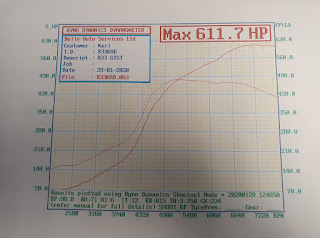 I started out this year and am already at the car thing again.

Fixed an issue with the passenger side headlight where one full-beam refused to turn on. Was actually me at fault as one of my soldered joints (was experimenting at the time with heat solder joints) had come apart.

I am booked in to change the Mishimoto Type R Intercooler for something a bit more efficient.

Lastly am looking towards a minor cosmetic change in wheels with a staggered set from Japan Racing JR11's.

So although been a little silent (busy with house build) I have not been quite idol about keeping the dream alive!

Will try and put some order back into things and get posting again as much has been done. Some of it is actually of interest! I do have to say that the ATOTO A6 is full of win. It is one of the better Android units from China. It is an irony that I rarely play music in the car but for its sat-nav alone it is worth it to me. The unexpected bonus is that it looks really good (that is my opinion) and fits perfectly with a few cheats to get it 'just right'.