The Key to her heart

Many owners I know have a key to their car (obviously) and no spare! They know that they should get a spare, but haven't got around to it. Of course this will only prove a bit of a stumbling block when they lose their only key!

For all of you out there (in the UK at least). Go get a key, even the worst shop will be able to supply you with a new key that works (more or less). R33 keys for both models are, due to the glory of a shared parts bin, the same as Micra keys.

Naturally I already have four copies, the original two plus two more. However these keys are so, well how can I put it... Boring!

I had seen a brand called 'Royal' plus a couple of others that just dripped with Japanese bad taste. Absolutely loved them. There is the obligatory GTR branded key and everything in between. 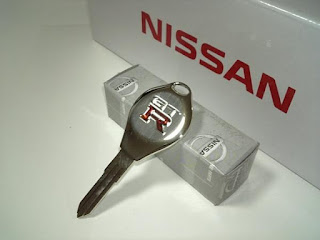 Above: Typical R33 key with GTR logo. This is probably the most widely available key for Skylines, although I always thought it a shame that they only 'do' a GTR version, when you stop and think it is actually quite fitting for the 'brought not built brigade' to have these. A key like this costs around 7k yen (£45) 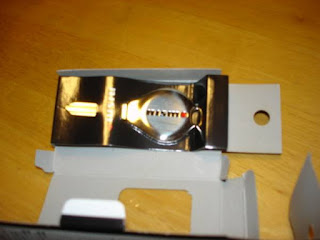 Above: Still keeping with Nissan's official keys we have that mighty Nismo logo, exactly the same key though but a different price tag, at time of writing this is 22k yen (£140) 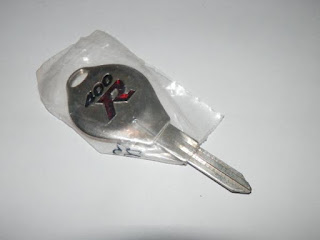 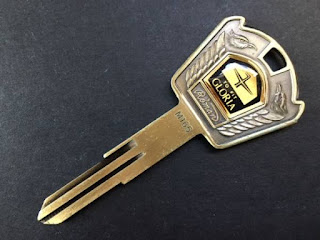 Above: A bit of fun, Japanese fashion keys. 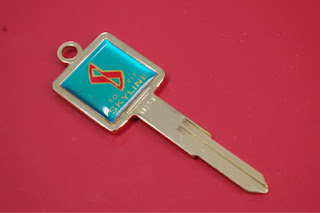 Above: and why not? 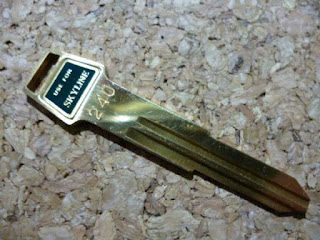 I especially like the way they say 'for Skyline' am assuming in case you forget. This one is a handy small size to reduce trouser bulge? 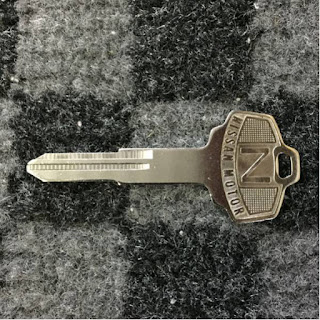 Above: one of my favorites, Has a lovely retro feel to it.

Above: This is my choice. Made from titanium it is strange to the touch and light as a feather! At 4k yen £25 it was reasonable. Although Japanese auctions do have a tendency to rocket on final figures once all the charges have been taken into account and this was closer to £40 by the time I was done.

Getting keys cut in the UK.

This can be more of a pain than you might think. Many major chains on the high street will not entertain cutting a blank supplied, stating that the cut key could snap in the ignition for which they would be liable. So they point blank refuse to do it. However I have heard exceptions to this.

You can usually get your local key cutter to have a look at doing it though. It is just a question of shopping around.

There are a few methods of key cutting as well. The majority using the old key as a master, following the contours and cutting directly, others laser scan and cut.

Talking to my key maker he said that Nissan keys are a pain (to him) as they move about in the jig. I think this is due to both sides being cut (see picture) which can cause some difficulty once one side is done. I have on the other hand heard from a key cutter saying this is nonsense.
What I do know is, you do not want to be spending lots on a key only for it not to work!

So I had my key cut and... it didn't work. However comparing and the application of a file and yes the ignition turned, a little more work on the grooves and all the doors unlocked. So am happy that I now have what may not be the most unusual key in the world. One that is a little different from the rest.